GOD built the society of all mankind from the fundamental component of family, the basic building block for all people. This website is a place to celebrate our sector of GOD’s family plan, the Black family. Join us in celebrating how far GOD has brought us, and by renewing and reviving Black Family Values, we will complete the journey.

■ Bone of my bones, and flesh of my flesh

And Adam gave names to all cattle, and to the fowl of the air, and to every beast of the field; but for Adam there was not found an help meet for him.  And the Lord God caused a deep sleep to fall upon Adam, and he slept: and he took one of his ribs, and closed up the flesh instead thereof;  And the rib, which the Lord God had taken from man, made he a woman, and brought her unto the man.  And Adam said, This is now bone of my bones, and flesh of my flesh: she shall be called Woman, because she was taken out of Man.  Therefore shall a man leave his father and his mother, and shall cleave unto his wife: and they shall be one flesh.

And Adam called his wife’s name Eve; because she was the mother of all living.

And Adam knew Eve his wife; and she conceived, and bare Cain, and said, I have gotten a man from the Lord. And she again bare his brother Abel…

And so it all began… Each of us arrived here through the womb of a woman nurturing and bringing forth the seed of a man, our mother and our father. 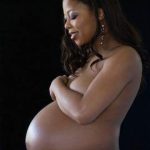 Not one of us can trace our lineage to a monkey, a dinosaur or some amoeba which supposedly came about from a big bang. What was it that banged? Where did that “material” come from? What place existed for the bang to occur?

Those who claim to be the authorities of education and science dismiss these common sense questions without any logical answers or without any answers at all. Instead, for decades through the force of government these “scientists” and “academicians” have elevated the senseless religion of evolution and ridiculed the Bible and those who believe that we are the creation of THE GREAT CREATOR, GOD. And the Lord God formed man of the dust of the ground, and breathed into his nostrils the breath of life; and man became a living soul. Genesis 2:7.

The truth is not complicated at all. Throughout nature, be it in the heavens, the earth or the depths of the sea, the Bible, the Word of GOD is confirmed. Only the fool has said in his heart there is no God. Psalm 53:1. Your own body, in all of its intricacies, confirms the Word of GOD. Consider one of the most overlooked aspects of our incredible bodies.

GOD in his wisdom caused each one of us to have a navel. 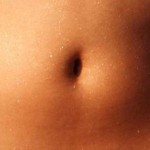 We carry it with us from birth until death. It is a continuous reminder (though hardly ever thought of) that we were conceived and grew in our mother’s womb. Connected to her by the umbilical cord through which, by God’s incredible design, we were fed. Upon separation at birth, the navel remains as the anatomical reminder of our connection to our mothers.
If we could reconnect our navels to our mothers, and our mothers could reconnect their navels to their mothers, and so on and so on, the pre-birth feeding tube of life would lead all the way back to the first mother, the mother of all of us, Eve.

■ The Black family came through American terroristic slavery, both chained and Jim Crow

Over four million Africans and their descendants were enslaved in the United States and its colonies from 1619 to 1865, and as a result, the United States was able to become the most prosperous country in the free world. It is undisputed that African slaves were not compensated for their labor. More unclear however, is what the effects and remnants of this relationship have had on African Americans and our nation from the time of emancipation through today.

What we must realize as a people is that slavery did not end in the 1800’s, but continued in a different, but still very sadistic mentally, emotionally, physically and economically destructive form through the 1980’s.

Similarly to Jaycee Dugard, our people were kidnapped. We were completely separated from any recollection of who we were. In many ways we’d become who the terrorist slaveholders wanted us to be.

[W]ell articulated in the recently released book, Slavery By Another Name: The Re-Enslavement of Black People in America from the Civil War to World War II by Douglas A. Blackmon. Though Blackmon chronicles the re-enslavement of our people only until 1945, no one will deny the necessity to fight to end Jim Crow slavery did not end then.

[Recent] news headlines include the horrific story of Jaycee Dugard, a 29-year-old woman who was kidnapped at the age of 11. Reports state that she was in contact with the outside world, was trusted to handle business for her alleged kidnapper Phillip Garrido, birthed two daughters by him (similar to Sally Henning by Thomas Jefferson) and had every opportunity to escape her captivity. Like us, she’d been stripped of her name and her past.

Her alleged kidnapper completely separated her from any recollection of who she was. She’d become who he wanted her to be. Like Harriett Tubman of the Underground Railroad is often quoted as having said, “… I would have freed more only had they known they were slaves.” Poor Dugard, after having been broken, didn’t need to be chained; she did not know that she was a slave.

The Black Family All But Destroyed

Amazingly, the Black family was not destroyed by chained slavery. It was not destroyed by Jim Crow slavery. Our family has been rendered ineffectual in so many circumstances by European infringements upon Black parents raising our children and an unrelenting deluge of immorality and obscenity.

The laws governing welfare programs implemented in the 60’s and 70’s forbade the presence of fathers in the home. This was the beginning of the widespread absence of the father from the home and the diminishment of the Black family.

Parents handcuffed from effective discipline of our children, and the constant exposure to every evilness imagined over the television, radio and internet by our children, and the expulsion of GOD from schools, our families are now experiencing skyrocketing incarceration of our boys and young men. In today’s immoral society, our girls are encouraged to be comfortable with being called _itches and _oes.

Lift every voice and sing, till earth and heav’n ring,
Ring with the harmonies of liberty;
Let our rejoicing rise, high as the list’ning skies,
Let it resound loud as the rolling sea.
Sing a song full of the faith
that the dark past has taught us,
Sing a song full of the hope
that the present has brought us;
Facing the rising sun of our new day begun,
Let us march on till victory is won.

Stony the road we trod, bitter the chastening rod
felt in the days when hope unborn had died
yet with a steady beat, have not our weary feet
come to the place for which our fathers sighed
we have come over a way that with tears has been watered
we have come treading a path through the blood of the slaughtered
out of the gloomy past till now we stand at last
where the white gleam of our bright star is cast.

God of our weary years, God of our silent tears
thou who has brought us thus far on the way
thou who has by thy might led us into the light
keep us forever on the path we pray
lest our feet stray from the places oh god where we met thee
lest our heart drunk with the wine of the world we forget thee
shadowed beneath thy hand
may we forever stand
true to our God, true to our native land.

This website is a celebration of your family and mine, and the Black Family Values that have brought us thus far and will carry us on.